Four seasons in one day

That is the motto of the Azores Islands. And its true. Don’t try dressing for the weather here, unless it is a wetsuit and you’re going windsurfing. And luckily that is what we did. Wind during the day was somewhere from around 5 knots to just under 20. Sunny and rainy. All this in one day.

Some top names including Olympic medalists and PWA stars came to Terceira Island for the Azores Wind-Foil Open Challenge. Racing is close, and the level is high. The day started off with the ladies heading out for their series of races. The first race for the women was abandoned as the wind dropped and the Race Committee decided the competitors would not finish in time. The target time here being 12 minutes for the first finisher. After that is was according to plan as they completed 3 races and headed back to rest ashore.

Next up the men. 19 in total and all ready for some action after a couple of days of training sessions. The men were not so lucky with the conditions, and although all looked good in the forecast, clouds effectively killed the wind forcing an early end to the day. 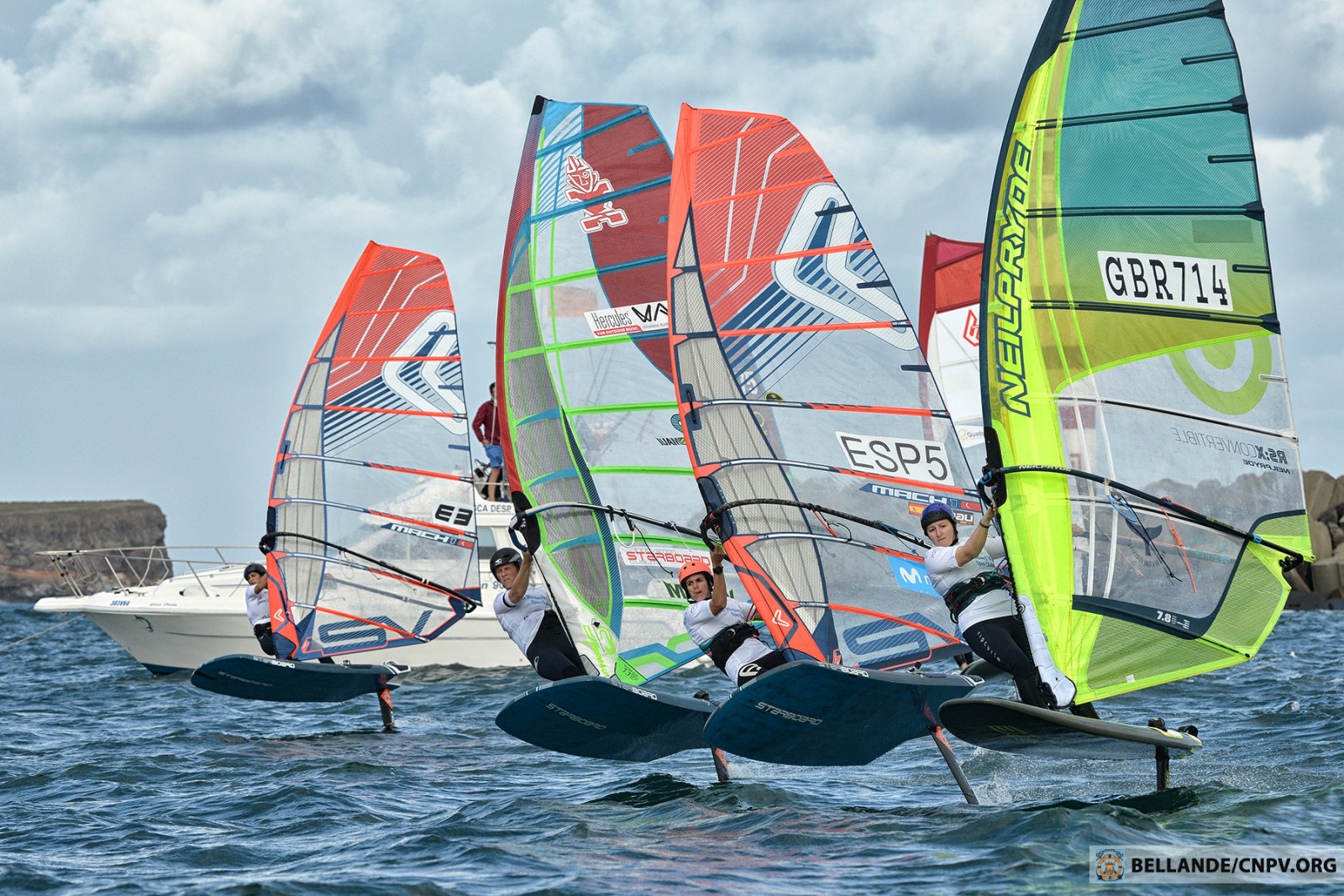 So, there it is after the end of the first day women are after three and men after two completed races. The names on the ranking lists make a big impression. Delphine Cousin is in first (2,1,2), Marina Alabau in second (3,2,1) and Marina’s sister Blanca in third (1,3,3). Over at the men’s Sebastian Koerdel in first (5,1) Thomas Goyard second (1,6) and just behind them Maciek Rutkowski (2,5).
But that’s just to name the podium places after day one. With so much talent in the fleet anything can still happen. Exciting races, but also an important event for the local competitors, who may not be competing for the top places, but are taking the most they can from the Azores Challenge. We spoke with Rui Leal just before the races started to learn what this event meant to the Azores windsurfing community.
“It is my first time competing at a foil event. Personally, as you can imagine, it is very important to have all the pros with us. I spoke to a few of the guys yesterday and ended up exchanging contacts. For us - locals it helps a lot in the future because any questions that we might have during our sessions concerning equipment or rigging we can come back to the professionals and ask for help. Of course, they are very kind, and this helps a lot in the development of the sport in Azores.”
There you have it. Stay tuned for more tomorrow with photos, results and live footage from races available through the event website.

This site uses cookies to make your experience better. Please take time to visit our data policies to find out more Accept