To the very last minute

Azores Windsurf-Foil Open Challenge will go down as one of the most exciting events of 2018. All the top spots were decided literally on the very last lap both for the men and women.

Terceira Island attracted some of the top names in the sport including PWA champions and Olympic medalists. Two of them battled it out for the win in the women’s fleet. Delphine Cousin from France and Marina Alabau from Spain were remarkably close throughout the event trading first and second positions in all the races, but one - the first race of the event, where Marina was third. And that is the race that made all the difference. Going into the last they were neck and neck. The lady, who would win it, would take the top place on the podium. What an exciting finish it was. Everything was decided on the very last lap when Delphine just managed to get a lead over Marina and finish in first. That win brought them on equal points overall and it was that discarded third place that made all the difference. 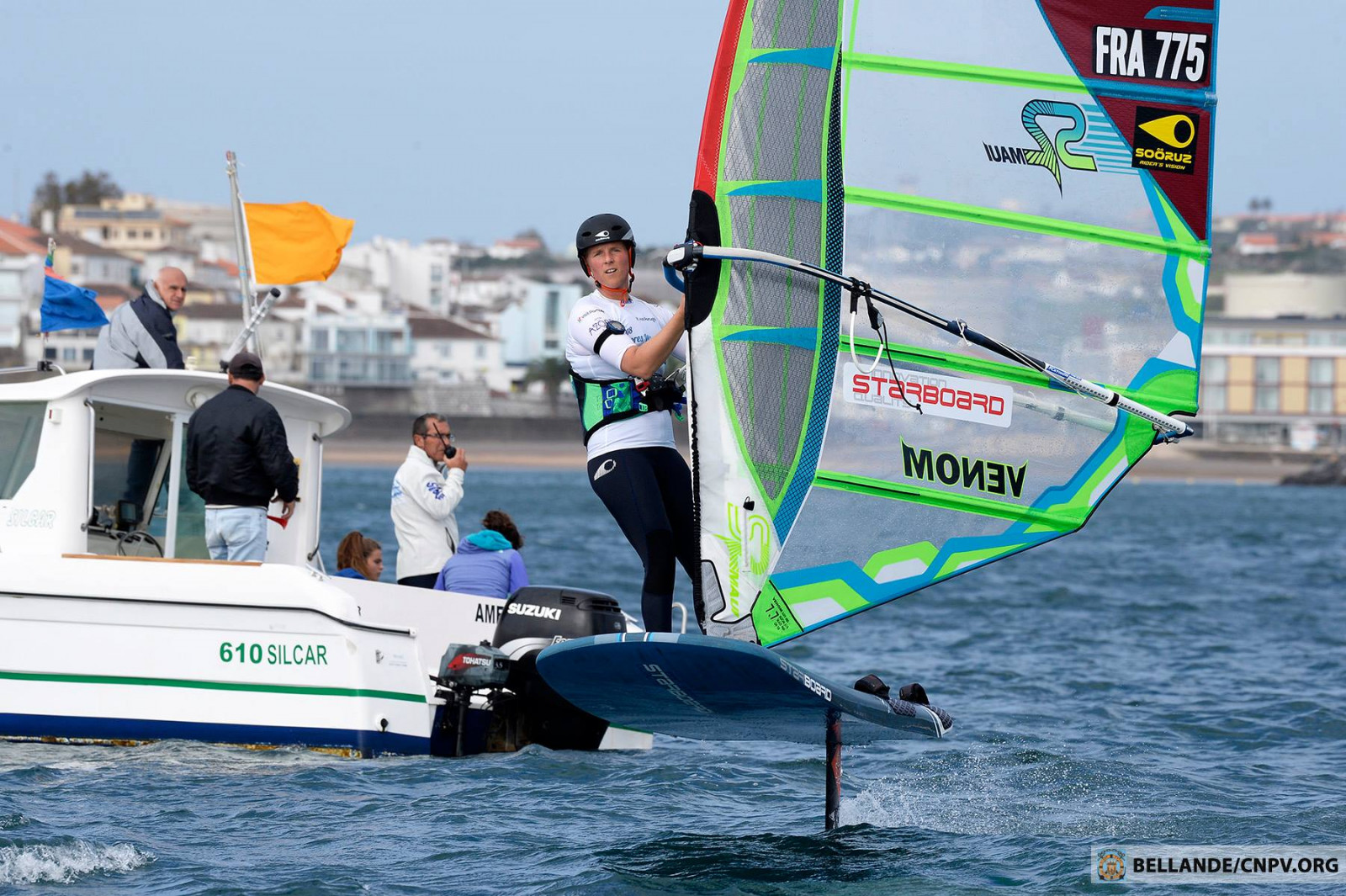 Delphine was very happy with her result after racing – “The organization was very good, everybody was very welcoming. The event was great and racing in crazy conditions. I would love to return next year. When I came to the event, I didn’t know what to expect, because it is one of the first international events for women and therefore nobody knew the level of the opponents. In the last race I knew I had to win to be on top of the podium. I gave it my best. It was a very close finish with Marina, great battle through the whole week up to the very end. I hope this event motivates more girls to take up foiling and we have some good racing, like this, next year.”
That is not all - the third place, which went to Morion Mortefon was also decided on the final race! 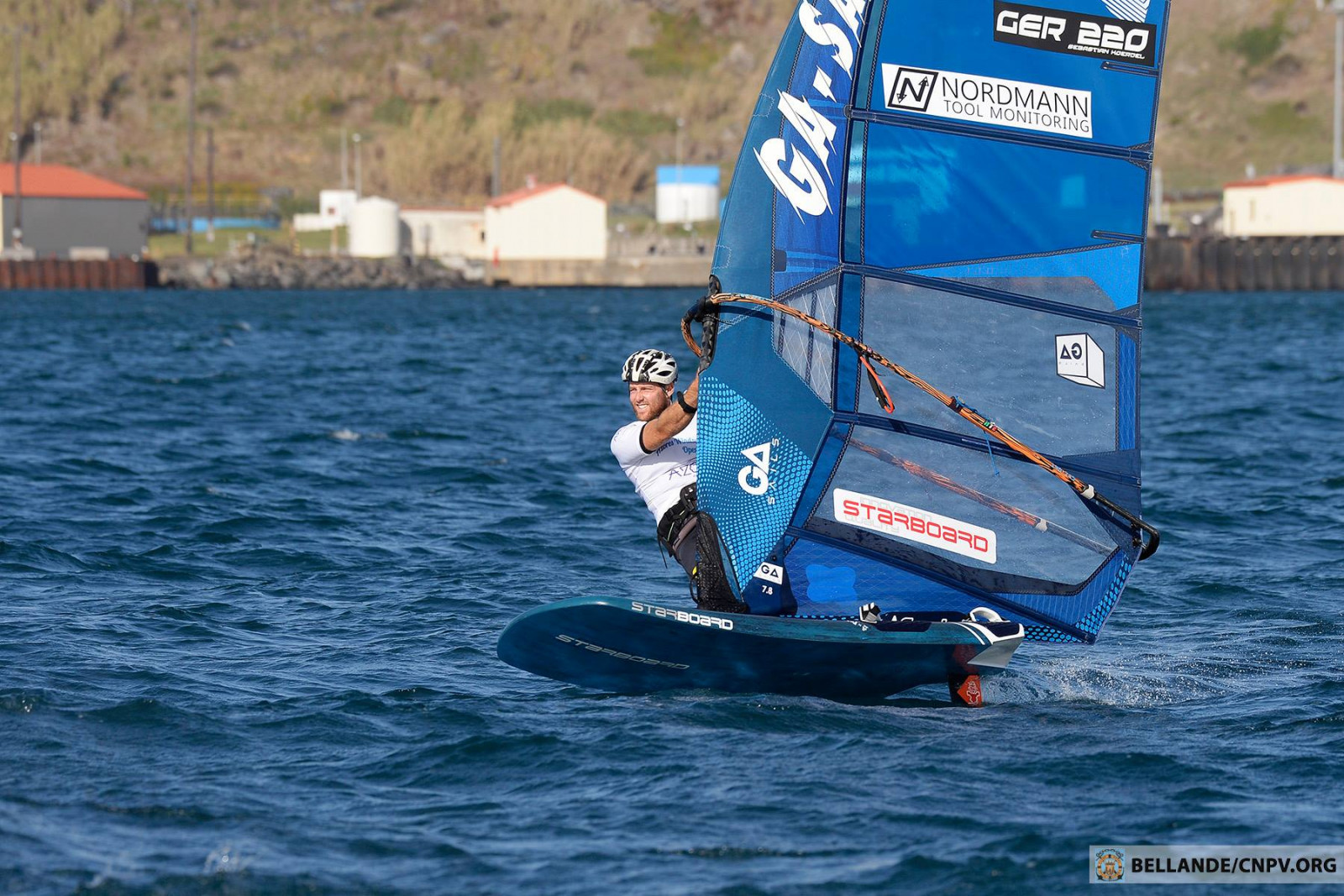 Over in the men’s fleet the excitement was just as high. Or even higher. After a not so good start to the competition Antoine Albeau gradually moved up the ranking showing a dominant performance in the last two days, winning 5 out of the 8 races sailed. It could have been more, but Antoine, who was leading throughout, fell on the final lap at the windward gate, dropping to 10th place in the last race of the morning session. That win would have given him the lead in the event, but without it he was one point behind Sebastian Koerdel. Although Sebastian, as he says himself, does not look at the leaderboard throughout the event I’m sure he knew it was close at that point. The two went out to battle it out again in the afternoon session, but wind dropped for their start, the race was abandoned and getting closer to the last possible warning signal the Race Committee decided to finish at that. 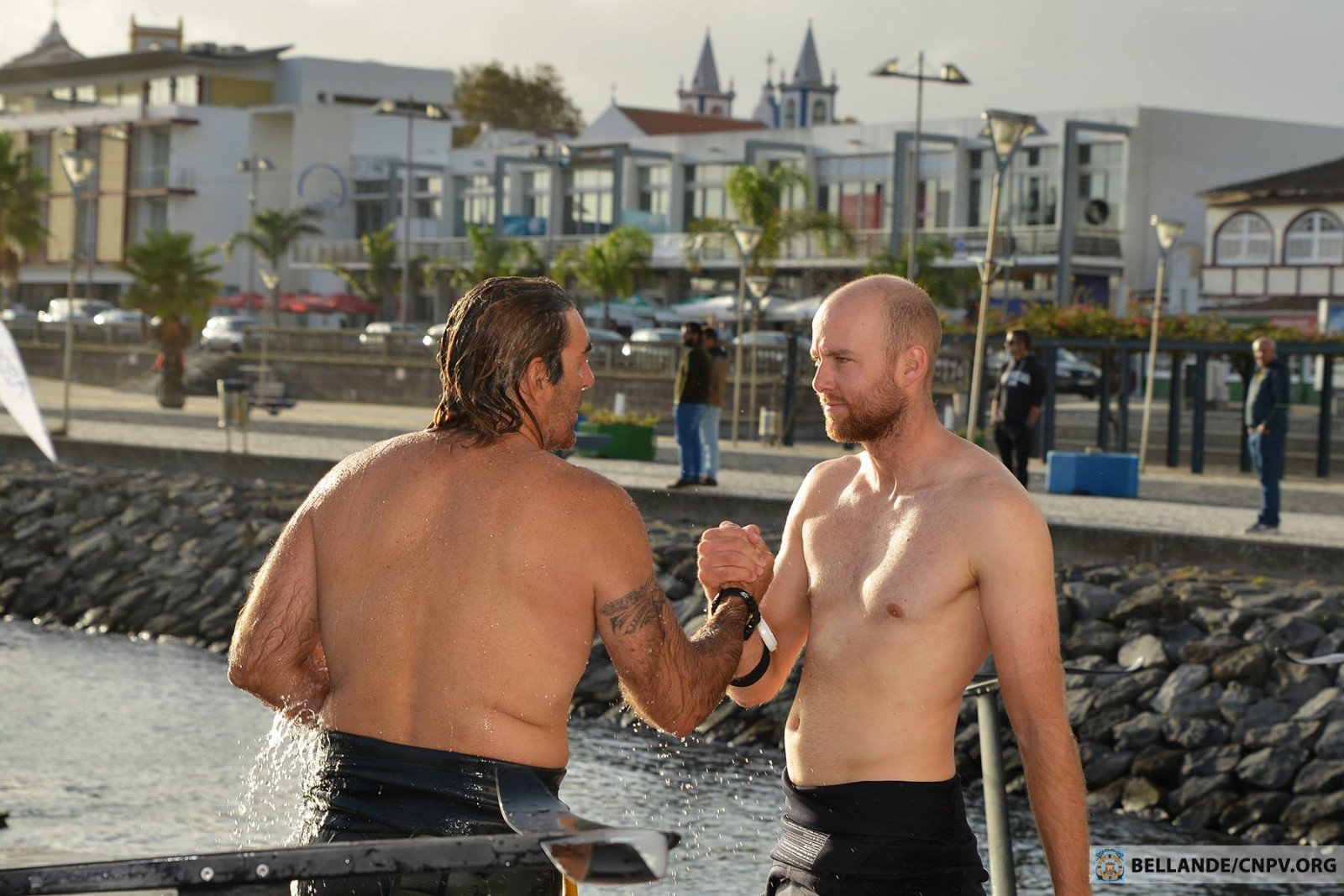 We had a chance to catch up with Antoine Albeau before the decisive start – “This is a good place for windsurfing. It is calm, the bay is very safe. The island itself is beautiful, it just looks amazing.
If you want to race, then it is a little tricky – you need to look for the gusts, you need to be smart and to have a little bit of luck, but to go windsurfing here is very easy, it is protected, even in the big swell we had no problem with foiling.
As for racing you can never play it safe, you never know what can happen – you just have to go for it.”
Antoine did not play it safe and went for the win. This time it was Sebastian on top however and Nicolas Goyard in third.

This site uses cookies to make your experience better. Please take time to visit our data policies to find out more Accept